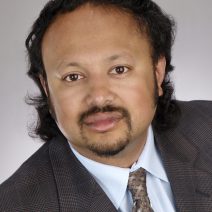 This presentation provides detailed discussions of global, national and regional economies using the most up-to-date data available. Special attention is invested in critical elements of economic life, including the performance of financial, labor and real estate markets.

In 2014, Maryland Governor Larry Hogan appointed him Chair of the Maryland Economic Development Commission. He also serves as chairman of the Baltimore County Economic Advisory Committee. He is also the Chief Economist to Associated Builders and Contractors and Chief Economic Advisor to the Construction Financial Management Association. He serves or has served similar functions for Visit Baltimore, Maryland Realtors, and Marcum, LLC.

He lectures at Johns Hopkins University in Global Strategy and has also taught international economics, urban economics, micro- and macroeconomics at Hopkins. His radio show can be heard weekdays on 88.1FM, WYPR, Baltimore.

In both 2007 and 2016, the Daily Record newspaper selected Mr. Basu as one of Maryland’s 50 most influential people. The Baltimore Business Journal named him one of the region’s 20 most powerful business leaders in 2010. 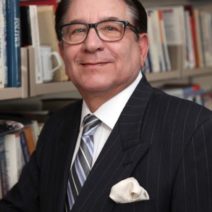 Dr. Terry Madonna is a nationally recognized political pollster and commentator. He is Director of the Center for Politics and Public Affairs at Franklin and Marshall College where he directs the national and state Franklin and Marshall College Polls. Dr. Madonna will assess the Trump Administration, look ahead to the important midterm election, and examine aspects of Pennsylvania politics. Questions are welcomed: Dr. Madonna is seldom without answers and opinions.

Director of the Center for Politics and Public Affairs

For more than 30 years, Madonna has taught and written about his two academic specialties: the American presidency, and American political parties and political behavior. As a pollster in recent years, he has written extensively about voters and voting behavior. He holds a Ph.D. in political history from the University of Delaware.

Before joining the faculty at Franklin and Marshall, Dr. Madonna was Professor and Chair of the Government Department and headed the Center for Politics and Public Affairs at Millersville University.

Madonna founded the Keystone Poll in 1992, the oldest survey produced exclusively in Pennsylvania. In 2008, the Keystone Poll was renamed the Franklin and Marshall College Poll. In this capacity, he is the pollster for the Philadelphia Daily News, Times-Shamrock Newspapers, WPVI-ABC6 (Philadelphia), WGAL-TV (Lancaster), Harrisburg Patriot News/Pennlive, LNP, The Pittsburgh Tribune Review, WTAE-TV (Pittsburgh), and The Reading Eagle - media partners for the poll. He has also polled for KYW-TV (Philadelphia), Fox, 29-TV (Philadelphia), CN8-The Comcast Network, WITF-TV (Harrisburg).

He is also the host of Pennsylvania Newsmakers, a weekly statewide news and commentary program. From 2001 until 2016 he wrote (with Michael Young) a bi-weekly political commentary column, “Politically Uncorrected,” originally for Capitolwire.com and later for Politicspa.com, the state’s leading political website. The column appeared in many state and national newspapers and also was frequently appeared on two national websites: stateline.org and realclearpolitics.com.

He is a regular analyst for WGAL-TV (Lancaster/Harrisburg). Madonna is a regular panelist on WPVI’s-TV (Philadelphia) commentary program, Inside Story. He is a frequent guest on many talk radio programs throughout the state and nation. He has also provided election coverage for WHYY-TV, public television in Philadelphia, WPVI-TV (Philadelphia), The Pennsylvania Cable Network, and WITF-TV. Madonna was also a regular panelist on The Peoples’ Business, a weekly news and commentary show broadcast throughout Pennsylvania on public television during the 1990’s.

The author of numerous publications in the fields of American history, American government, and American politics, Madonna has written Revolutionary Lancaster: The Leadership (1976); Reapportionment: A Primer for Pennsylvanians (1993); Merit Selection of Appellate Judges: Why Its Time Has Come (1994); Pennsylvania Votes, 1994, (1995) (with Berwood Yost); and Pennsylvania Votes: Presidential Primaries, 1972-1992: A Sourcebook (1996) (with Berwood Yost); Pivotal Pennsylvania: Presidential Politics from FDR to the Twenty-First Century (2008); Political Pennsylvania: The New Century (2014) with Michael Young) as well as chapters in books and articles in specialized publications. His writings have appeared in the Pennsylvania Magazine of History and Biography, The Polling Report, Presidential Studies Quarterly, Pennsylvania History, Intellect, Academe, The Journal of Practical Politics, The American Philosophical Society Quarterly, and on the Fox News website, and The Hill Newspaper, as well as in many other places.

In 2015 and 2016 Madonna gave one of the Chautauqua Institute lectures in New York and in 2014 he delivered the Jefferson Educational Society lecture. In 2012 he gave the annual Edmund Notebaert Lecture at the Children’s Hospital of Philadelphia. In 2010, he delivered one of the Jefferson Global Initiative lectures. In 2008, he delivered the annual Chautauqua Lecture at Gannon University, entitled “The Road to the White House.” In 2007, he gave two major lectures; the annual James Buchanan Foundation lecture, entitled “From Buchanan to Bush: Campaign Practices Then and Now,” and the annual Dwight D. Eisenhower Society Lecture, entitled, “The Political Skills and Leadership of Dwight D. Eisenhower.” In 2006, he gave the Neaman Foundation lecture. In 1992 at the annual meeting of the Pennsylvania Historical and Museum Commission, he gave the lecture, “Thaddeus Stevens: How He Would Have Viewed Contemporary American Politics.”

At the request of foreign embassies and the U.S. State Department, Madonna has appeared in seminars and discussions with diplomats and newspaper reporters from around the world.

In addition, Madonna has moderated gubernatorial, congressional, state legislative and school board forums, and debates for various organizations.

Dr. Madonna has received numerous awards and honors. He is the recipient of a Distinguished Professor award by the Pennsylvania Department of Education, the President’s Medallion at Millersville University, and a special commendation for scholarship and leadership from the Board of Governors of the State System of Higher Education.

Additionally, he has been named an “Outstanding Speaker of the Year” by the Speech Communication Society of Pennsylvania, has been awarded a life time achievement award by the Central Pennsylvania Chapter, American Society of Public Administration, has served as a Commonwealth Speaker by the Pennsylvania Humanities Council, and was given the Daniel Roselle Award by the Middle States Council for the Social Studies. 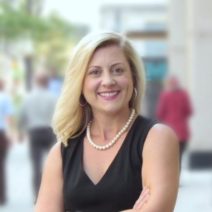 Hear the latest from Washington D.C. affecting your business. 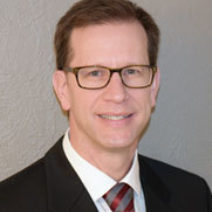 In September 2015, the NRMCA Board of Directors approved a comprehensive building promotion plan, entitled Strategy for Promoting Concrete for Low/Mid-Rise Buildings. The primary goal of the program is to increase the share of concrete in low - and mid-rise residential and non-residential construction. This presentation will provide an update to Build with Strength, a coalition of the National Ready Mixed Concrete Association, that incorporates communication, advocacy and direct project promotion. This presentation will provide you with an update on the program.

Mr. Bogdan has earned certifications including LEED AP, Qualified Environmental Professional (QEP), and Certified Sustainability/CSR Practitioner. Before joining NRMCA Mr. Bogdan led corporate sustainability initiatives for a leading NYSE-listed wholesale distributor of electrical, lighting and maintenance products and before that was Manager, Market Sustainability Initiatives for a NYSE-listed global coatings and glass company where he developed and implemented strategies to influence architect, engineer and contractor (AEC) specifications with a focus on the green building market. A professional with 25 years of experience, James also has environmental, health & safety (EHS) consulting expertise for an architectural and engineering firm. Mr. Bogdan has a B.S. in Environmental Science from Slippery Rock University, an M.S. in Environmental Management from Duquesne University and completed a MBA Essential certificate program through the University of Pittsburgh. 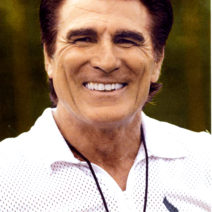 Hold Fast to Your Dreams

Going from being called a loser with no pedigree and no college football experience to Captain of an NFL Team is the stuff that dreams, and movies, are made. Vince, a tremendous story teller, will share his tips on seizing opportunities, overcoming odds, fulfilling potential and taking it to the highest level. His energy, passion and humor will keep you on the edge of your seats.

Some of Hollywood’s most inspirational movies were born from the world of sports. One in particular inspired not only sports fans but anyone with a pulse. In 2006 Walt Disney Pictures continued their triumphant tradition of motivating sports stories with the release of INVINCIBLE. It’s a stirring football drama starring Mark Wahlberg as Vince Papale, an ordinary guy who, against all odds, takes his shot at every fan’s fantasy of going from the grandstands to the gridiron. It has been described that Papale’s odds of achieving his wildest lifelong dream of playing for the Eagles as “one in a gazillion!”

It was 1976 when this 30 year old, a teacher and coach at his HS Alma mater, part-time bartender and die hard Eagles fan decided to act on a whim and a dare and entered the unprecedented public tryouts for his beloved Eagles. Inspired by this quote from his high school coach mentor, “Happy are those who dream dreams and are willing to pay the price to make those dreams come true”, he figured he had nothing to lose. Papale, a ten year season ticket holder and former track star who did not play a down of college football, not only paid the price and made the cut . . . he made history!

It was a time when Philadelphia fans were buried in 11 years of defeat, when Americans were battling the lingering effects of Watergate, the Vietnam War and a sweeping energy crisis. Ordinary people appeared badly in need of a champion from their ranks and Vince answered the call. Now, in today’s challenging times, he continues to respond to the need for a motivating hero who knows what it’s like to battle and overcome adversity.

Instantly electrifying the fans and eventually winning over skeptical teammates with his gritty play, Papale helped the Eagles rediscover their winning ways. From being voted Special Teams Captain by his teammates to earning Eagles “man of the Year’ in 1978 for his numerous charitable activities Papale was an NFL sensation until a shoulder injury ended his playing career in 1979. Having now added “cancer survivor” to his bio, Papale continues to hold the record for being the oldest rookie in the National Football League (kickers excluded). He was recently honored by the Eagles and their fans and was named “Most Outstanding Special Teams Player” during a celebration of the Philadelphia Eagles 75th anniversary.

“Not often can a person see a film made about their own life’s journey,” Papale said of Invincible. “What’s even rarer is having that movie described as inspirational, motivational, and giving hope. There’s a feeling of intense pride and humility that, at times, is overwhelming.”

Vince is married to former US World Team Gymnast, Janet Cantwell, and they reside in Cherry Hill, NJ, with their two children Gabriella and Vincent. Today, he electrifies audiences and is regarded as one of the top motivational speakers on the country. The ultimate underdog continues to thrill audiences with his energy and humor.